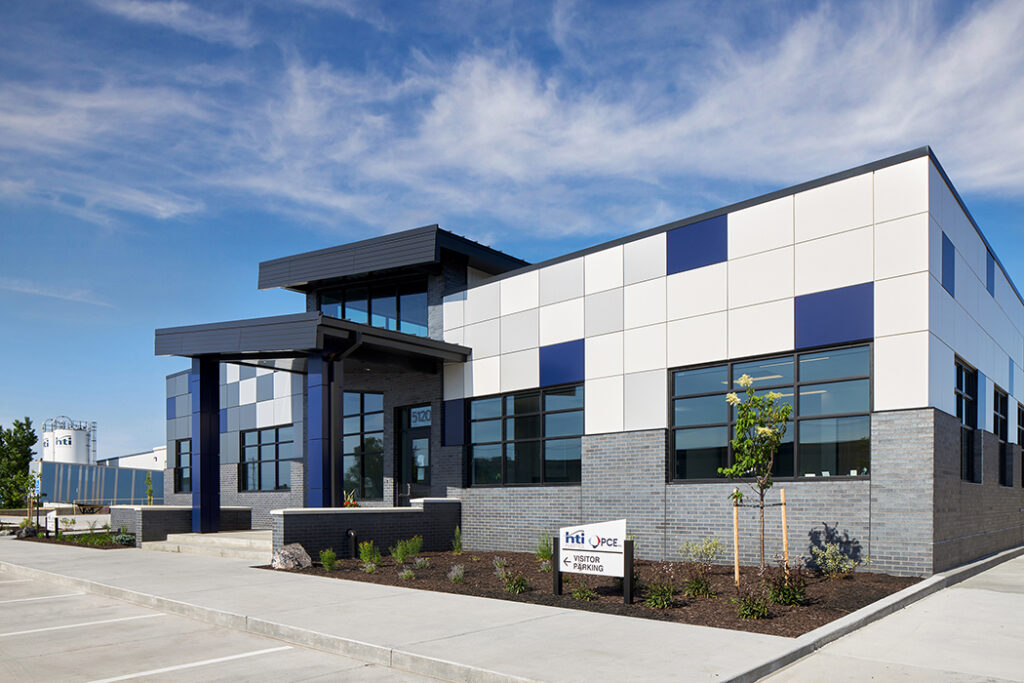 Our team designed a new corporate headquarters for PCE, Inc. on the existing site of HTI Plastics, located in the Air Park neighborhood of Lincoln. The existing building had not seen much in the way of aesthetic improvements since its days as a missile assembly facility, but that drastically changed as the site transformed.

This project was entirely about refreshing the corporate office space with new colors and styles, while also creating space for expected growth. The building received a new street-side facade, an addition wrapping around the south and west sides of the building and a new plaza area.

“After selling the facility which housed our corporate headquarters as part of the sale of one of our four manufacturing divisions, we knew it made the most sense for us to relocate our headquarters in Air Park, on the same property as our two remaining Lincoln divisions. Davis Design designed the addition we did to our HTI Plastics facility in 2010, so we were familiar with the team and their capabilities.

From the start of our initial conversations, they did an excellent job of coming up with a concept that would provide us with the office space and additional parking that was necessary for our corporate staff and additional training/conference space that HTI needed, while at the same time creating a much-needed face lift to the front of the dated facility. The original concept they presented was the perfect combination of industrial and modern design, yet simple enough that we were able to tie it in very nicely to the existing structure. They carried the same industrial look from the outside of the building to the inside of the building with the finishes and furniture that were selected to create a bright, open space, which was just what we envisioned for our new corporate headquarters.

We couldn’t be happier with how the everything tuned out.”