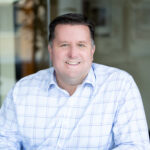 Doug Burkink joined Davis Design in April 2021. He resides in Norfolk, Nebraska and heads up Davis Design’s new Norfolk office. Doug has 30 years of supermarket development and facility management experience including time at Associated Wholesale Grocers and Affiliated Foods Midwest. Doug enjoys the entire process of planning and development with his clients. He was drawn to Davis Design because it is “big enough to do great things, but small enough to maintain a personal touch.” As architectural technician and construction administrator, Doug will utilize computer aided architectural design and project management software to expand the company’s full-time presence into northeast Nebraska. 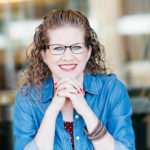 Kelsey Wildman joined the firm in September 2017. She earned a Bachelor of Science in Interior Design from the University of Nebraska-Lincoln, is a professional member of the International Interior Design Association (IIDA) and received National Council for Interior Design Qualification certification in April 2017. Wildman has ten years of experience in commercial design in a wide variety of market sectors, including multi-family housing, corporate and higher education. Kelsey is passionate about taking a client’s needs and desires and finding a solution. At Davis Design Kelsey feels she can always test her skill set and grow as a designer. 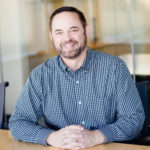 Brad Behne an architectural designer, joined our firm in 2008 with a Bachelor of Science Degree in Architectural Studies from UNL and membership in the National Council for Interior Design Qualification (NCDIQ). In 2016, he earned a Master of Science in Human Dimensions of Natural Resource Sciences from UNL. Brad has over 25 years of architectural experience and understands the importance of architecture and human connection. He is a creative who constantly works to improve spaces through planning, designing, and building. 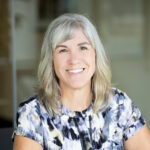 Tamara Guthard has been with the Davis Design since 2004. She has a Bachelor of Communication Arts Degree from Hastings College and a Master of Journalism from the University of Nebraska–Lincoln. Tamara says her role as the communications coordinator is “a little bit of everything” which accurately describes the multitude of design tasks she performs. Tamara feels strongly about continued education and learning new design skills and enjoys the variety of projects she works on at Davis. 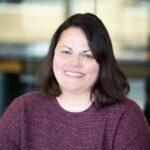 Kori Hickle earned her bachelor’s degree in electrical engineering from South Dakota State University. She re-joined Davis Design in 2021 and brings over 20 years of design and project management experience. Kori has a great understanding of all codes (national, state and local) and utilizes this understanding to ensure safe electrical designs. Her proficiency in electrical systems ensures quality and efficient designs for clients. 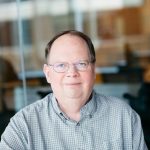 Lyndon Nelson has over 40 years of architecture experience in Lincoln and earned his Bachelor of Science in Architecture from the University of Nebraska-Lincoln. Lyndon works to find the best solution for each client’s space and coordinates all aspects of a project, creates designs, and prepares necessary construction documents. Lyndon has always had an interest in the built environment, as well as an innate desire to help people which shines through in his work. 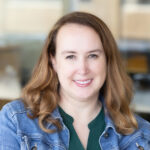 Erin Dobesh registered professional architect joined the firm in 2015. She earned her Bachelor of Science in Architecture in 2007 and Master of Architecture in 2009 both from the University of Nebraska-Lincoln. Dobesh is a member of Rotary Club 14, NextGen Lincoln, Nebraska Women in Architecture and AIA Nebraska. Erin has been involved in many exciting projects at Davis Design such as the Madonna Rehabilitation expansion/renovation and the Lincoln Fire and Rescue/Lincoln Police Department Joint-use facility. 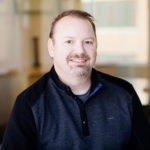 Christian Petrick has over 27 years of architectural design experience with an emphasis in mid-size to large projects in the educational, commercial, and industrial markets. He earned his Bachelor of Science degree in Architecture from the University of Nebraska-Lincoln. Christian is a registered professional architect and joined the firm in 2015. He is passionate that exceptional design can be brought to projects of all types and all budgets. Christian strives to understand the client’s needs and point of view to deliver a space that exceeds expectations. Some of Christian’s recent projects include the Terminal Facility Expansion and Renovation at the Lincoln Airport, Lincoln Electric System’s new Operations Center, and multiple projects for NPPD across central Nebraska.