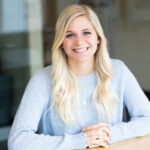 TenHulzen is from Sergeant Bluff, Iowa, and is a senior at the University of Nebraska–Lincoln studying advertising and public relations, business and Spanish. She started in February 2020, as the firm’s first communications intern for the marketing department. 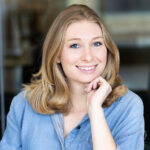 Goertz, originally from Montvale, New Jersey is a fourth-year student in the University of Nebraska–Lincoln’s architecture program. Goertz joined the firm in March 2020 as an architectural intern. She has been accepted into the Master of Architecture program at UNL and plans to continue her education there in the fall of 2021.

Wassung is a Wayne, Nebraska native and joined the firm in April 2020 as an architectural designer. She earned her Bachelor of Science in Architecture with a minor in business in 2016 and a Master of Architecture degree in 2018, both from the University of Nebraska–Lincoln. Wassung brings seven years of design experience to the firm and is currently working toward her architectural license. 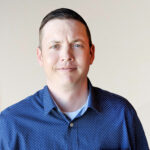 Stolzer is a Lincoln native and began working at Davis Design in June 2020 as a mechanical designer. He is currently a senior at the University of Nebraska–Lincoln and plans to graduate this May. After graduation, he will continue his studies to earn his professional engineer license. 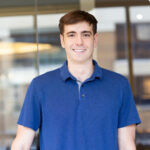 McCabe is from Kailua, Hawaii, and joined the firm in September 2020 as an electrical designer. He earned his Bachelor of Science in electrical engineering from the University of Hawaii in 2015 and has 12 years of engineering experience in both Hawaii and California.