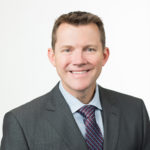 Larson, AIA, NCARB, LEED®AP BD+C, is no stranger to Davis Design. He began his tenure in 2000, the same year he earned a Bachelor of Science in architectural studies from the University of Nebraska-Lincoln. He earned a Master of Architecture from UNL in 2002 and continued to design projects for Bryan Health, Farmers Mutual of Nebraska and Nebraska Innovation Campus. In 2015, Larson expanded his experience with Resort Lifestyle Communities managing the compilation and details of construction drawings for independent living communities across the United States. Now, an associate architect at Davis Design, Larson is in integral member of the design team for several projects, most notably the expansion of Madonna Rehabilitation Hospitals Lincoln Campus. 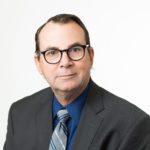 Detmer is also a familiar face at Davis Design. He is a Fremont, Nebraska native and earned a drafting degree from Metropolitan Community College. His many years of experience covers all angles of the construction industry, as well as architectural design. Detmer and his family made the trek to western Nebraska in 2018 with plans for semi-retirement. He has chosen to continue his work as an associate architectural designer representing Davis Design in the Ogallala, Nebraska area.